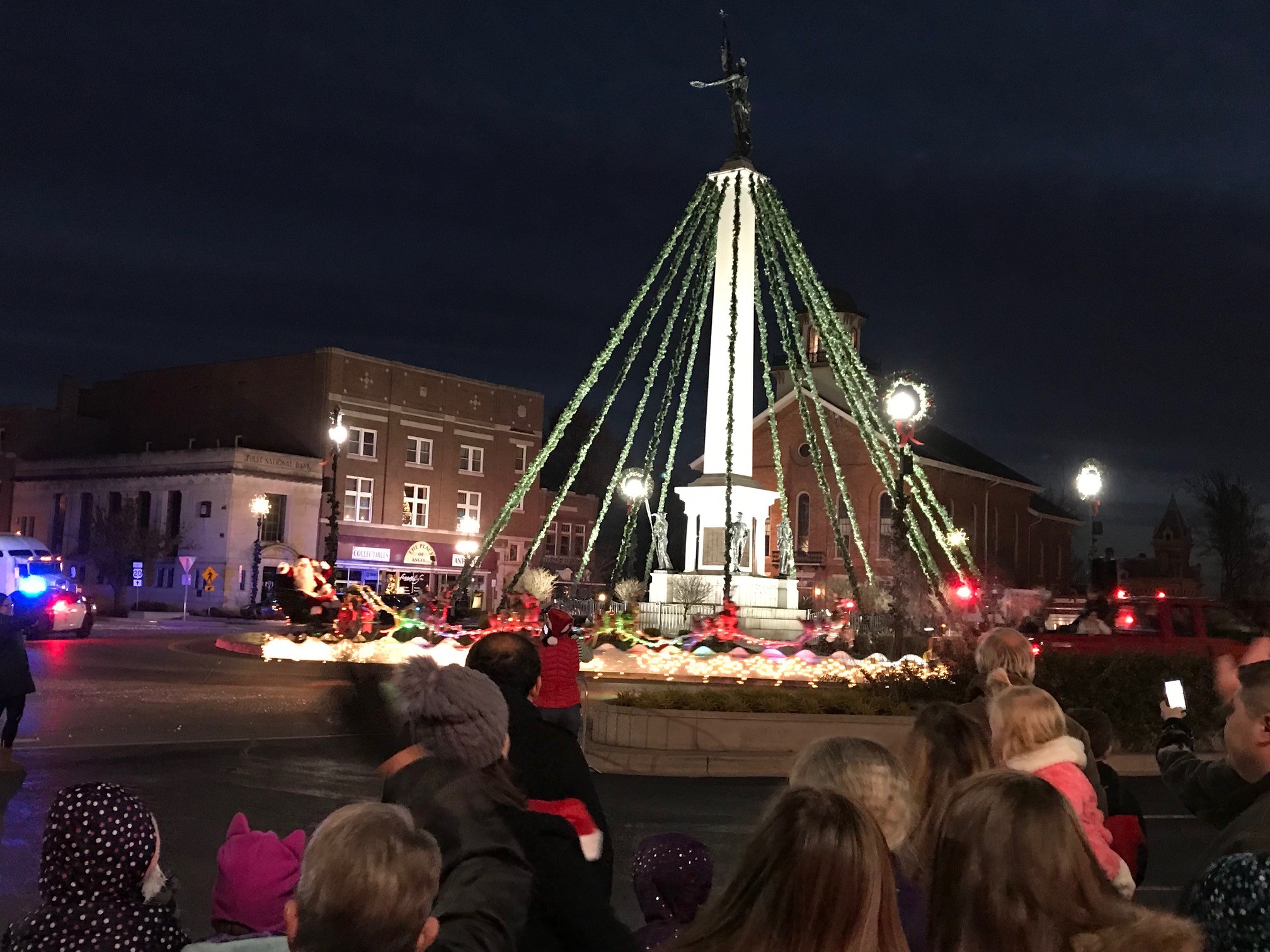 The official tree lighting in Angola will take place when Santa and Mrs. Claus arrive in town this evening at around 5:30 PM.

The jolly couple will be arriving in downtown Angola’s northwest quadrant on the Square.

After Santa used his magic to bring the tree lights on, he and Mrs. Claus will be greeting families and hearing the wishes of children at Sutton’s 160 Event Center on the Public Square in downtown Angola.